The term “kinship care” describes an experience familiar to 2.7 million families in the United States when relatives step up to raise children whose parents cannot care for them for the time being. “Kinship is a quiet space that requires a lot more attention,” says Shrounda, Director of Public Policy at Children’s Home Society of Washington. She started off caring for King, her grandson, out of what she describes as responsibility. While processing this experience with her community support system, Shrounda developed a seemingly atypical support connection with Amy, a licensed foster parent in Washington. Amara’s video captures the effects of expanding support and resources for the benefit of children. In this article, Shrounda shares with us the importance of community and calls upon a shift in thinking about kinship care.

Q. How did this journey begin?

A. I knew that I needed some help in [making] a decision on permanency for my grandson … I then reached out to Amara and was connected to Amy, a licensed foster parent in Washington. And what I like about me and Amy’s story is that we both started from an agenda. Her agenda was adoption. And my agenda was “can I stay connected.” … I think that it’s so important for people to be honest and not to be [shameful] about their honesty. From that place, what we were able to do is draw other people in. And that’s the power of transparency. That’s the power of people coming as they are.

Q. How has your family’s history contributed to King ultimately coming into your care?

A. I am just going to speak about King’s conditions … Addiction is a piece of that story for my son [King’s father]. What I can tell you is he has come from generational addiction, which means for myself, I was an addict … I recognize that my inability to show up as his mother consistently and responsibly has some impact. It is not all of it, but it certainly plays a role in where he stands today. So, you know, I think in America we have got far more people in addiction that are checking out from the world around them for a multitude of reasons. Some of that childhood trauma, some of that poverty, some of that’s just kind of fair play and, you know, curiosity that at some point leads to full throttle addiction. I do not think anyone wakes up and says, “it is a great day to be an addict.” I think that there are lots of variables that contribute to people being on that type of trajectory. I would say for my son, one of his conditions includes his inability to acclimate into society. He is a Black male. So that means that he is already starting behind. And then you have the contributing factors that I have added as well as moving through systems that are not necessarily incredibly open to second chances. They are all contributing factors.

“It was so difficult to care for King [while also having to] deal with my son’s anger. There were points in my time with King where it was like, you know, maybe he should go somewhere else so that I don’t have to deal with my son being so angry with me when I’m just trying to help.”

Q. In the video you mentioned it took time to process the situation before you were ready to make the decision to raise King full-time. In the eight months that led up to you becoming King’s caregiver, what was going through your mind?

A. Initially, I have to tell you, I was angry and I was also deflecting, and that’s complicated. First of all, parents that are navigating child welfare have their own experience and they’re going through a myriad of emotions. And usually if a child is in foster care, the parent doesn’t necessarily have the primary caregiver to bounce off … I initially dealt with months of my son’s anger and he was angry at himself, but it was towards me and it was exhausting. It was so difficult to care for King and to deal with my son’s anger. There were points in my time with King where it was like, you know, maybe he should go somewhere else so that I don’t have to deal with my son being so angry with me when I’m just trying to help. And then, of course, what I recognize is, is that each person is doing the best with what they have. He had limited tools and limited ways to process. I had to process that and exhibit some grace and some patience, and not personalize his anger.

I felt sadness for King, because I didn’t really know what was going to happen. And, you know, no one deserves to be in peril. He didn’t necessarily know it, but I knew it. I also felt joy – I mean, King is a cute baby! I started to watch him grow into himself. I was just enjoying him. It’s really the first child I’ve ever had in my home where I wasn’t altered. So, I was extremely present. And that was also a new experience. And I really enjoyed that. So, there were a myriad of emotions going on regularly. Caring for an infant while working full-time and being a full-time student is a lot of hard work. And some days I was overwhelmed and tired and just didn’t know if I could really continue to do it.

Q. Can you describe your thought process you mentioned in the video of going from guilt to reckoning to restoration?

A. Yeah, so the guilt is, you know, “this is my fault.” I think if anything works well, or if it doesn’t, for your children you want to assign that to you. I really started to recognize that everyone has their own experiences, and that others play some part, but we don’t play all the parts. And so I had to really work through my guilt because I took on a lot, probably more than what I should have.

Read the rest of the interview here. 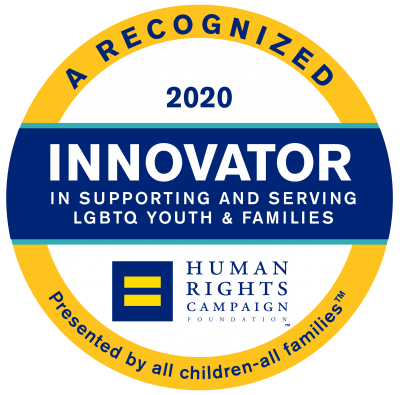